You should go to the Facebook Settings which you can reach from the top menu. 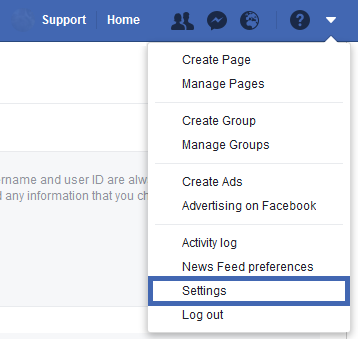 You’ll taken to the General settings tab, but you’ll need to go to the Apps menu. 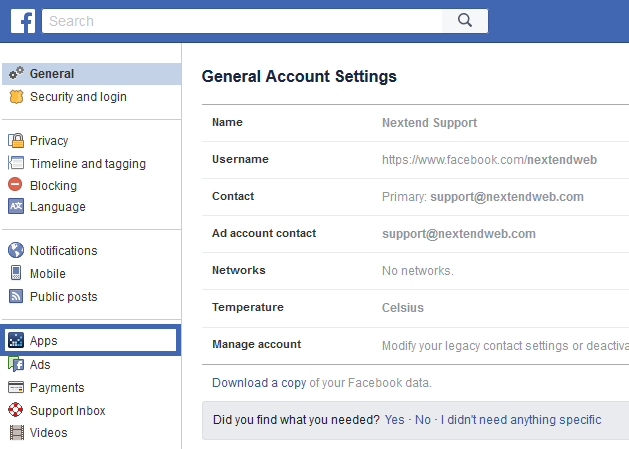 This page will lists all of your apps. Find your app by its name. Move the cursor over the app’s block and hit the appearing Remove button. 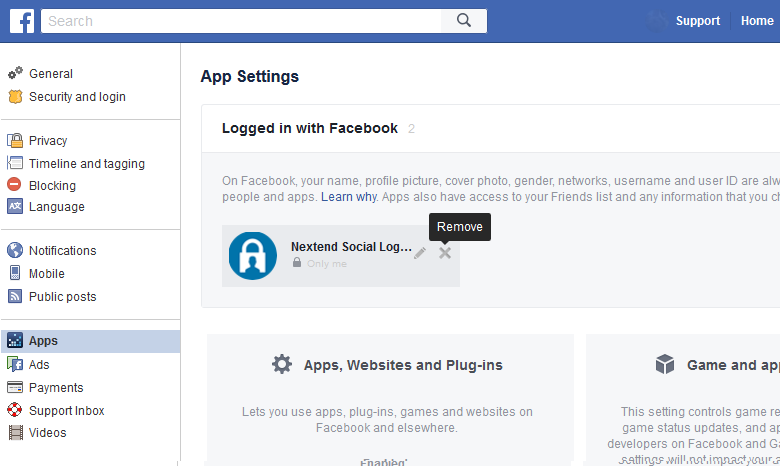 After this when you try to log in with Nextend Social Login again you’ll be asked to authorize the app again. 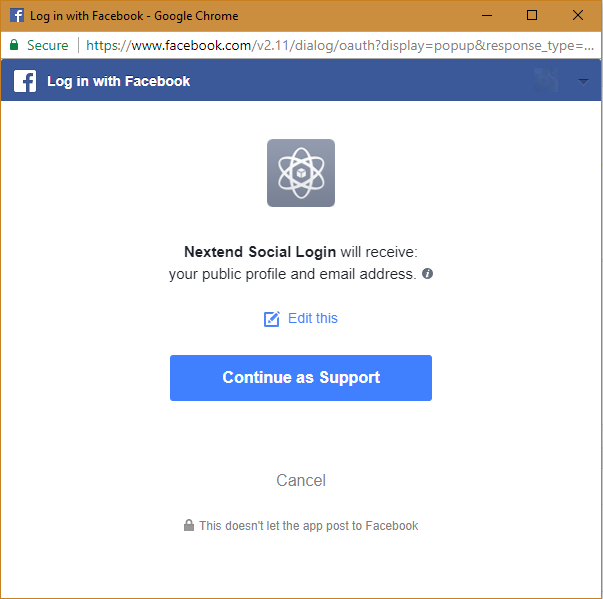 When a user registeres with multiple accounts it depends on the provider ordering which profile picture will be added as their avatar.

Let’s see an example. The provider order is the following:

The user registers via LinkedIn. Nextend Social Login fetches the LinkedIn profile picture and sets as the user’s WordPress avatar.

Then the user registeresvia Facebook. Their WordPress avatar will be changed to the Facebook profile picture, as it’s higher in the provider’s ordering.

Now if the user registers via Google their WordPress user avatar will remain the same as their Facebook profile picture.

Some providers of Nextend Social Login can work well in iOS WebView and Android WebView.

But others have limitations, so they can not work or they can only work on specific WebViews:

as earlier Google whitelisted these embedded browsers for some reason. But since this is no longer the case we had to remove the Google buttons in all WebViews for the future versions.

On October 5, 2021, Meta officially deprecated the Facebook login over Android embedded browsers (WebViews) for logging in users.
For this reason starting from version 3.1.3, Nextend Social Login will no longer display the Facebook button in Android embedded browsers. We will continue displaying the buttons in iOS WebView, as currently Facebook has only announced this limitations for Android WebViews. Of course this might change in the future.